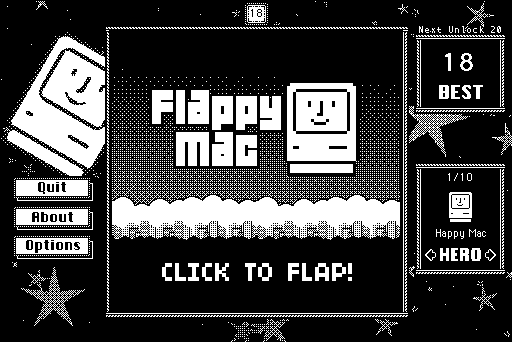 2-8-2022:
New version 1.1 released! This update includes an increased framerate mode for Macs with a 68020 or better. I have also tweaked the game to run more consistently on 68000 Macs.
See included readme for full list of updates.

What is Flappy Mac?

Flappy Mac is a new fast action arcade game written in C and designed for vintage 68k Macintosh computers. It supports both 1-bit and 8-bit graphics.

This game features 10 unlockable characters, several scenarios, and a ton of fun sound effects! Can you score 100 points and become a master of Flappy Mac?

For a good time, set emulator speed to ‘All out’. (Hold Ctrl-S then press A)

Check out my guide to preparing the Mini vMac emulator for games:
https://www.youtube.com/watch?v=0JPFFrELdlg

68020 or later. Ideally a Mac SE/30 or Quadra, but the LC or Mac II line of computers would be other good choices! It flies on my PPC Macs!

Macintosh Plus, SE or Classic w/ 1MB RAM running System 6 or later. Make sure to uncheck the "Enhanced Framerate" setting in the options.

The sound is not compatible with some CPU upgrade cards.

Why did I make this?

I grew up with the Mac and it is sad to see how very non-existent the software support is for these oldest Mac systems. Most other retro computer platforms still get new games - now it's the Mac's turn!

This game is not created or endorsed by Apple. It's just a free fan game for old computers. All featured characters are properties of their respective owners. 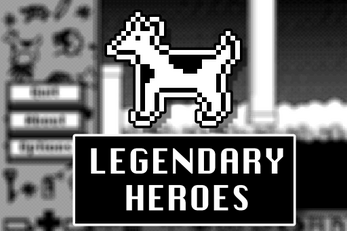 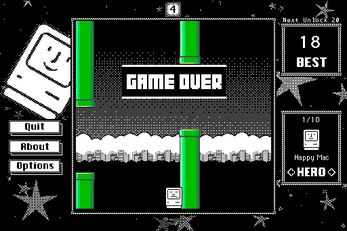 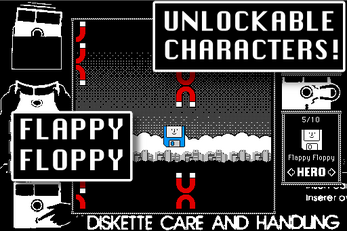